Dr. Michael Hallett is Professor of Criminology & Criminal Justice at the University of North Florida. Dr. Hallett has written over $1 million in grants & contracts and published in numerous books and journals including Punishment & Society, Justice Quarterly, Critical Criminology, Journal of Offender Rehabilitation, The Prison Journal, and others.

Most recently, Dr. Hallett led a three-year study at America's largest maximum-security prison, Angola (aka Louisiana State Penitentiary) exploring the religious lives of long-term inmates. He has served as Principal Investigator on grants from the US Department of Justice, Florida Department of Juvenile Justice, Jacksonville Sheriff's Office, Jesse Ball DuPont Foundation, and several other organizations. Dr. Hallett has chaired two academic departments at UNF (Sociology, Anthropology & Criminal Justice and Criminology & Criminal Justice) after first directing the Graduate program in Criminal Justice. He frequently works on local justice issues in Jacksonville and has completed over a dozen funded projects at UNF, often employing students in the research. Dr Hallett also serves as a Senior Research Fellow at Baylor University's Institute for Studies of Religion.

At once erudite and inspirational, The Angola Prison Seminary shows how faith-based efforts can bring light to the darkest of places. This volume reveals the capacity of prisoners, most serving life sentences, to find meaning, identity, and redemption. Indeed, it impresses upon us that offenders are not the "other" and best treated as forgotten souls. Rather, we learn that by embracing religion and being afforded the opportunity to choose a better self, these Angola inmates transform their lives, come to care about others, and display their admirable humanity on a daily basis. An important lesson, heeded too infrequently in recent times, is thus palpable: corrections "works" when faith, hope and charity prevail, not rejection, despair, and meanness. This book is a worthy candidate for the status of a contemporary classic and should be standard reading for all serious corrections scholars.

Absolutely do not read this book if you want easy confirmation of what you already know about religion in prison. This powerful, evocative study will disrupt any simple narratives and make you reassess your understanding of the world of the prison - a bit like the work that the inmate ministers in Angola have done for fellow prisoners, prison staff, and the wider community for the past few decades. This book does true justice to their amazing stories and so should be widely read and shared.

"In Private Prisons in America, Michael Hallett offers a concise and compelling account of how race (and class) continues to shape the march toward greater investment in imprisonment. As Hallett demonstrates convincingly, people of color (and the poor) serve as raw material for a prison industry that produces a generous windfall for private corrections firms."

This is an outstanding and vivid study of identity transformation and the search for meaning among prisoners serving life and near-life sentences in Americas largest maximum-security prison, in a state with the highest imprisonment rate. Through the development and support of an "inmate ministry," a whole prison is "morally rehabilitated," in so far as this is possible in the context outlined. The book is meticulously researched and powerfully as well as critically written. Its messages are resoundingly clear. I will be recommending it to students of the prison, colleagues, and especially to prison governors. 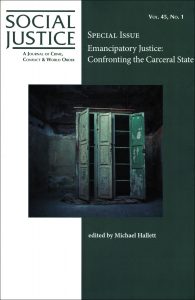 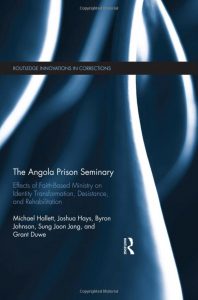 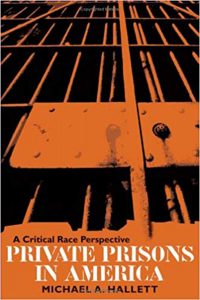 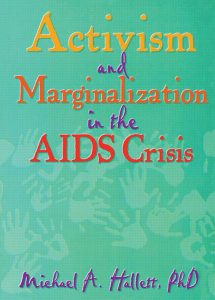 Activism and Marginalization in the AIDS Crisis 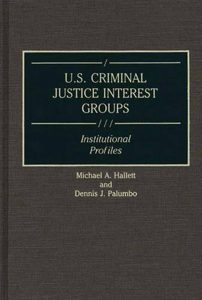